Saffron Walden Arts Trust is an umbrella organisation which coordinates, encourages, and promotes artistic enterprises of all kinds in the Saffron Walden area. We provide practical support to local artists and performers to help them display their talents, with initiatives such as music festivals, open studio events, and craft fairs.

Tim Atkinson is a professional musician who has toured the world and played on several top 10 records and has worked with artist from groups ranging from Stereo MCs to Motorhead.

Tim also heads a community company which bought Fairycroft House and are transforming the building into an Arts and Media Centre. As a professional musician, it seemed only natural for him to concentrate on the performing arts. FH is a hub not only for young people but for adults of all ages to get involved with music, drama, dance and other creative endeavours. 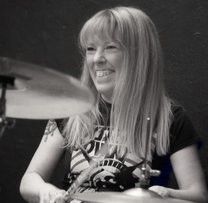 Gaynor has been with Giess Wallis Crisp  (Chartered Accountants) since 1998, and a Partner since 2008. She studied Mathematical Engineering at Loughborough Uni., and worked in the aviatio industry before retraining in accountancy.

Outside of work her main passion is drumming. She is in local covers band “Sorry Not Sorry” and tribute band “System’s Gone Down”. She is also a regular attendee of the All Stars Jam group that meets weekly at Fairycroft House. A major achievement in 2020 was passing her grade 8 drum exam with distinction. When not drumming, she enjoys riding her Yamaha XV1100. 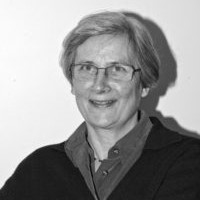 Isabella is a long standing member of Saffron Walden Arts Trust. She was Chair from 2014-2019. She is a musician and member of  Nightingale Trio,  Saffron Walden Symphony Orchestra. She is on the Saffron Walden Neighbourhood Plan Team where she heads the arts subject team which is currently drawing up policies.

She worked at University of Cambridge for 30 years in research support. She has a passion for languages and enjoys watching foreign language films.

Lucy  lives in Saffron Walden and loves drawing and painting, in fact anything creative. She learned a little about the power of art and music to connect people from Hugh Masakela (RIP) and the Blackie, a community arts project in Liverpool 8. She works as a communications manager with health researchers at the University of Cambridge.

Pat has lived in the area since 1971 and took up the clarinet in her mid forties. working on 7She is involved with several music groups in the town and understands how motivating it is to work towards a performance. She supports SWAT events because they enable music groups to perform and encourages people of all ages to play music together.

She was volunteer coordinator at  Volunteer Uttlesford for over ten years. This has given her a real understanding of the contribution of volunteers to thriving communities and community events.

Sarah is an illustrator and writer who successfully completed an MA in Children’s Book Illustration at Cambridge School of Art. She is currently Enquiry Officer at Saffron Walden Library. She has had over ten years’ experience in the children’s literary and licensed brand sector,  two years running a contemporary modern art gallery both on and offline, ten years in bookselling and five in libraries.